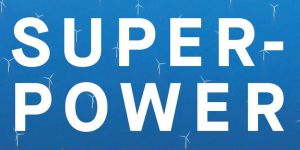 The fog of Australian politics on climate change has obscured a fateful reality: Australia has the potential to be an economic superpower of the future post-carbon world.—Ross Garnaut

In his new book Superpower, Ross Garnaut argues that with Australia’s unparalleled renewable energy resources and excellent scientific skills, we could be the natural home for an increasing proportion of global industry.

In this crisp, compelling book, Garnaut offers a road map for progress, covering energy, transport, agriculture, the international scene and more. Rich in ideas and practical optimism, Superpower is a crucial, timely contribution to this country’s future.

Please join Ross Garnaut at The University of Melbourne, along with energy market experts Audrey Zibelman (CEO Australian Energy Market Operator) and Rod Sims (Chair of the Australian Competition and Consumer Commission) to discuss the road map for Australia’s energy and climate transition as outlined in Superpower. Covering energy, transport, agriculture, the international trends and more.

Ross Garnaut is Professorial Research Fellow in Economics at The University of Melbourne, previously Distinguished Professor of Economics at the Australian University. Professor Garnaut has had longstanding and successful roles as policy advisor, diplomat and businessman. He was the principal economic adviser to Australian Prime Minister Bob Hawke 1983-1985, and Australian Ambassador to China 1985-1988.

He is the author of many books, including the bestselling Dog Days (2013).

Audrey oversees all of AEMO’s strategic, operations and administrative functions and responsibilities.

Audrey has more than 30 years’ international experience in the public, private, and not-for profit energy sectors. Prior to joining AEMO in March 2017, her roles included Chair of the New York State Public Service Commission, Executive Vice President and Chief Operating Officer of system operator PJM, executive roles with Xcel Energy, one of the United States largest integrated gas and electricity utilities and served on a number of energy industry advisory groups and Boards.

In addition to her role as CEO of AEMO, Audrey also serves on the CSIRO Energy Advisory Committee, the Melbourne Energy Institute’s Advisory Board and the Board of the Melbourne Recital Centre.

Rod has extensive business and public sector experience. Immediately prior to his appointment to the ACCC he was, for example, the Chairman of the Independent Pricing and Regulatory Tribunal of New South Wales, Commissioner on the National Competition Council and was also a Director of Port Jackson’s Partners Limited where he advised the CEOs and Boards of some of Australia’s top 50 companies on commercial corporate strategy over many years.

During the late 1980s and early 1990s, Rod worked as the Deputy Secretary in the Commonwealth Department of Prime Minister and Cabinet responsible for economic, infrastructure and social policy and the Cabinet Office. He also worked as Deputy Secretary in the Department of Transport and Communications. From 1988 – 90 he was the Economic Adviser to Australia’s Prime Minister.

Rod Sims holds a first-class honours degree in Commerce from the University of Melbourne and a Master of Economics from the Australian National University.