Energy Futures: Hydrogen, worth the hype? 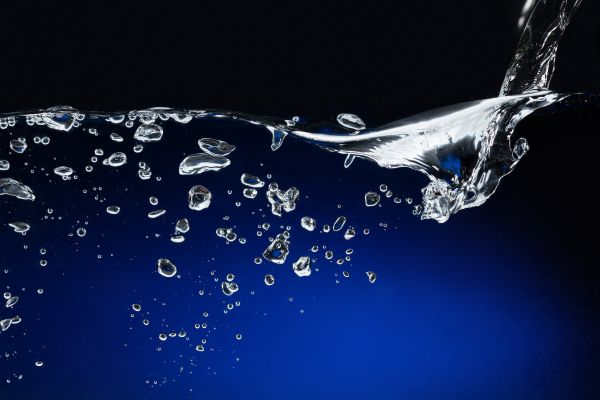 On 23 November, Australia’s Chief Scientist, Dr Alan Finkel AO, will deliver the much-anticipated National Hydrogen Strategy to the COAG Energy Council. Hydrogen is now surging to the top of the global decarbonisation agenda. Australia’s competitive advantages, including local expertise and infrastructure, proximity to Asian markets, and abundance of renewable energy, could mean we become a globally significant player through hydrogen exports, with important domestic spill-over benefits. The dual objectives of the strategy are to build a clean, innovative and competitive hydrogen industry, and to position Australia’s hydrogen industry as a major global player by 2030.

Please join this Energy Futures forum, our last for 2019, co-hosted by the Grattan Institute and the Melbourne Energy Institute (MEI). Dr Finkel will provide an overview of the Strategy and will be joined in discussion by Grattan Institute’s Tony Wood and MEI’s Prof. Paul Webley, and moderated by Prof. Sandra Kentish from The University of Melbourne. The forum will be followed by a Q&A session with the audience.

Dr Alan Finkel AO, is Australia’s Chief Scientist and is the Deputy Chair of Innovation and Science Australia. Dr Finkel has an extensive science background as an entrepreneur, engineer, neuroscientist and educator. Prior to becoming Chief Scientist, he was the eighth Chancellor of Monash University and the eighth President of the Australian Academy of Technology and Engineering (ATSE). Dr Finkel was awarded his PhD in electrical engineering from Monash University and worked as a postdoctoral research fellow in neuroscience at the Australian National University. In 2019, Dr Finkel has been leading the development of the National Hydrogen Strategy at the request of the COAG Energy Council.

Tony Wood AM, has led the Grattan Institute’s Energy Program since mid-2011. Since then he and his team have delivered 20 major reports on energy and climate change and he has developed a strong profile with governments and industry, and is a regular contributor in major media on key energy issues. From 2009 until mid-2014, he also had a role as Program Director of Clean Energy Projects at the Clinton Foundation, advising governments in the Asia-Pacific region on effective deployment of large-scale, low-emission energy technologies such as solar and CCS. Prior to these roles, he spent 14 years working at Origin Energy in senior executive roles covering retail and LPG line management and corporate affairs. In 2008, he was seconded to provide an industry perspective to the first Garnaut review.

In January, 2018 Tony was awarded a Member of the Order of Australia in recognition of his significant service to conservation and the environment, particularly in the areas of energy policy, climate change and sustainability. In October 2019, Tony was elected as a Fellow to the Australian Academy of Technology and Engineering.

Professor Paul Webley is Professor in the Department of Chemical Engineering at The University of Melbourne, Director of the Clean Energy Laboratory, and Hydrogen and Clean Fuels Program Leader at the Melbourne Energy Institute. As a former Director of the Peter Cook Centre for Carbon Capture and Storage, Pauls research programs specialize in low emissions technologies such as hydrogen production and processing, catalysis development, carbon capture processes, and natural gas processing.  He is the author of more than 300 papers in scientific journals and books, 10 patents, and more than 100 contributions to international and national conferences. Paul received his PhD and Masters Degree in Chemical Engineering from the Massachusetts Institute of Technology in 1990.

Professor Sandra Kentish is Head of the School of Chemical and Biomedical Engineering at The University of Melbourne. She is also an invited Professor at the Centre for Water, Earth and the Environment within the Institut National de la Recherche Scientifique (INRS) in Canada.

Professor Kentish has broad interests in industrial separations, particularly the use of membrane technology for energy, food and water applications. She is currently a researcher within the Future Fuels CRC and a member of the EPA Victoria Science, Engineering and Health Committee. She was the Discipline Leader in the CRC for Greenhouse Gas Technologies (CO2CRC) for Membrane Technology from 2003-2015. Professor Kentish was selected as one of Australia's Most Innovative Engineers by Engineers Australia in 2017 and as a Woman of Influence by the Australian Financial Review in 2018. She has also been awarded the Grimwade Prize in Industrial Chemistry and the Caltex Teaching Award of Excellence for Training of Chemical Engineers in Australasia. Before commencing an academic career, Professor Kentish spent nine years in industry, with positions in Altona Petrochemical Company, Kodak Australasia and Kimberly Clark Australia.