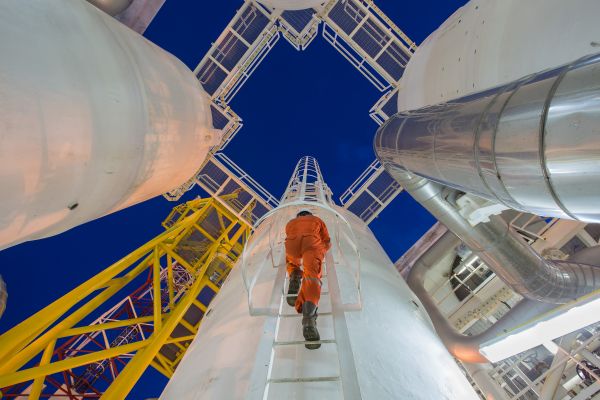 Technical Trends and Challenges in Industrial Gas-Turbines: The Digital-Twin Approach and the impact of High-Fidelity CFD

Gas Turbines (GT) fired with both natural gas and liquid fuels are and will be the backbone of mechanical drive, power generation and aircraft propulsion. GT efficiency, emissions, operation flexibility and power density are the main reasons for their success. Despite the maturity of GT technology, design tools accuracy is critical to further improvements in performance and reliable operation, as well as in the investigation of new technical solutions.

Hence, Baker Hughes, a GE company (BHGE) along with General Electric, embraced the “Digital Twin” (DT) concept to monitor and improve GT operation and design. DT consists of pairing every asset in the field with a numerical model built from components and component-to-component interaction sub-models constantly interrogated on machine operation input data. Field data, and more in general experimental data, not only indicate performance, but can also be used to improve the accuracy of design tools to predict performance and life.

Nevertheless, such data are able to suggest the “what”, while they cannot suggest the “why” and can seldom dissect the range of physical phenomena impacting the performance of a design. The impact of High-Fidelity CFD, like DNS, LES, and HLES, has been unlocked in this area by the constant increase of both computational efficiency and power that allowed the execution of unprecedented simulations.

The talk will give an overview of what the potential impact of Scale-Resolving simulations is in the development of Gas Turbines, and the role Academia must play along with industrial partners.

Prof. Dr. Vittorio Michelassi (VM) is Chief Consulting Engineer for Aerodynamics at Baker-Hughes a GE Company and GE Aviation. In his role he overlooks the aero-thermal design of gas turbine components as well as the improvement of design tools for all energy conversion related activities. Prior to joining GE/Aviation he worked in General Electric Global-Research as aero-thermal technologies Chief Engineer and from 2003 till 2011 VM was principal engineer and Manager Aero Design of General Electric Oil Gas. Before 2003 VM was Professor of Gas Dynamics and Turbomachinery Aerodynamics at the Universities of Firenze and Roma Tre, Italy.

VM was visiting scientist at NASA Lewis, at the Center for Turbulence Research in Stanford, at Karlsruhe Institute of Technology. He participated in several EU-granted research consortiums with a focus on turbomachinery and combustions where he gained a wide experience in internal aerodynamics, with a focus on turbine unsteady aerodynamics. He worked in turbulence modelling applied to steady and unsteady Reynolds Averaged Navier-Stokes simulations, as well as Large Eddy and Direct Numerical Simulations, where he pioneered the industrial application of high-fidelity CFD as a design investigation tool in cooperation with Academia. He is a member of ASME Turbomachinery Committee and serves as a reviewer for International Journals. VM authored and co-authored several journal and conference papers in the area of turbomachinery design.