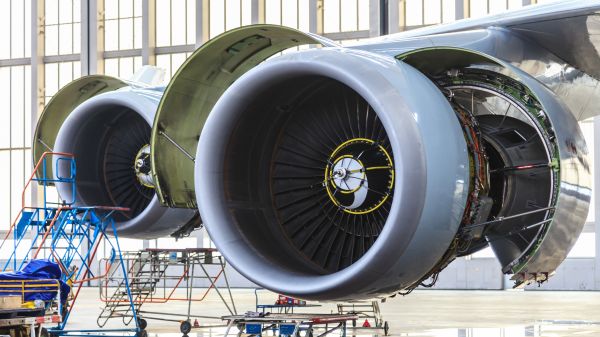 The theme of this talk is unsteady aerodynamics and fluid-structure interaction as applied to the turbomachines and fluid machinery demanded by quieter, cleaner, safer and more efficient power and propulsion systems for air transportation and energy production. Flow unsteadiness is of prime importance in providing both opportunities and limitations. The underlying mechanism for the (beneficial) work exchange between a fluid and a turbomachinery blade is flow unsteadiness; the less benign side of this unsteadiness, however, is manifested in instabilities and large amplitude aerodynamic oscillations that limit the operating range of the device. For example, the deterioration of advanced aero engine blading can have a dramatic impact on compressor stability, bleed flows for thrust balance and sealing purposes can reduce engine performance and operability, and heat transfer in compressors during transient operation can alter the surge margin.  Flow unsteadiness can also generate unwanted noise from aerodynamic sound and fluid-structure interaction and induce structural failure through mechanical vibrations. Some examples here are aerodynamically induced whirling forces in compressors and turbines, rotordynamic instabilities in hydrostatic and hydrodynamic fluid film bearings and seals, and excess noise stemming from the interaction of ingested boundary layers with the fan blading.

The talk will show how problems such as these can benefit from a dynamical systems approach, built around the relevant length and time scales of the underlying mechanisms. A selection of technological problems will be introduced, followed by the characterization of the underlying mechanism and a discussion of the modeling approach and resulting technological solutions. Although vastly different in nature, the problems have the following threads in common: they are important to industry and government agencies, they are rich in concepts, they involve teaming and industry collaboration, and they focus on problem solving rather than method development. The talk will also give perspectives on future trends and an outlook on new research directions required to address the challenges ahead.

Dr. Zoltan Spakovszky is Professor of Aeronautics and Astronautics at the Massachusetts Institute of Technology and the director of the Gas Turbine Laboratory. He obtained his Dipl. Ing. degree in Mechanical Engineering from the Swiss Federal Institute of Technology (ETH) Zürich and his MS and Ph.D. degrees in Aeronautics and Astronautics from MIT. Dr. Spakovszky’s principal fields of interest include internal flows in turbomachinery, compressor aerodynamics and stability, dynamic system modeling of aircraft gas turbine engines, micro-scale gas bearing dynamics, and aero-acoustics. He currently directs analytical and experimental research in these areas and teaches graduate and undergraduate courses in thermodynamics, propulsion and fluid mechanics, and aero-acoustics. He has authored a large number of technical papers in refereed journals and has been awarded several ASME International Gas Turbine Institute best paper awards, the ASME Melville Medal, the ASME Gas Turbine Award, the ASME John P. Davis Award, a NASA Honor Award, several Aero-Astro Undergraduate Advising / Teaching Awards, and the Ruth and Joel Spira Award for Excellence in Teaching. Dr. Spakovszky is a technical consultant to industry and government agencies, a Fellow of the ASME, an Associate Fellow of the AIAA, and served as the chair of the turbomachinery committee and review chair of the ASME International Gas Turbine Institute, and as an associate editor for the ASME Journal of Turbomachinery.